We loved the idea of being near the Volcano Bay waterpark and therefore choose the closest option, Universal’s Cabana Bay Beach Resort with a room with Volcano Bay Views. The views could not have been any better.

Every day we visited the Hawaii-themed Volcano Bay, often after a day of visiting the two Universal parks. One day, we’d rented a private cabana which was absolutely the best.

Our most thrilling ride in Volcano Bay is TeAwa The Fearless River™️.
A crazy river attraction with some very fast-moving parts.

Another fun thing to do. Head to the giant pool at The Volcano at Waturi Beach. There, from time to time, the volcano will erupt. People start clapping until the moment the Volcano erupts and giant waves join the fun.

With the 5-days Universal Hopper Pass, we had access to Universal Studios Florida, Islands of Adventure and water theme park Volcano Bay.

Thanks to our stay in a Universal resort, we could enter the parks earlier than the regular opening hours. And this was much needed because of the huge crowds, all thinking of going to the same attractions.

Luckily, a new ride –Hagrid’s Magical Creatures Motorbike Adventure™ –launched that month which made it possible for us to be first in line on the other Harry Potter rides.

Our Most Thrilling Rides

Between the two parks lies CityWalk, your destination for everything shopping and restaurants.

Here are our highlights of dining options in CityWalk

1.The Toothsome Chocolate Emporium & Savory Feast Kitchen
This Steampunk haven is an enchanting eatery and fantastic feast for the eyes and the stomach.

3. Hard Rock Cafe® – even though very loud, we left with a big smile. Loved the sing-a-long to YMCA and the fun and positive staff.

Other great stops for a snack: Voodoo Doughnut and Cinnabon. 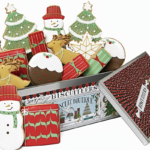 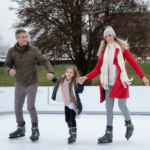 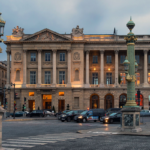 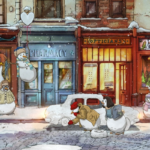 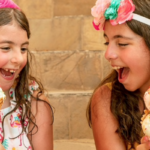 Here’s where you can find us